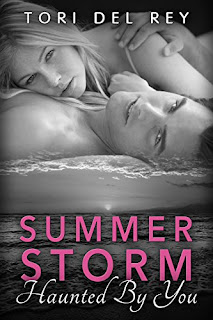 After an event that pushed Dane away from his former like, he prefers to live in isolation in a beach house in Malibu to wallow in guilt and self-pity. When his younger sister, Megan, brings Summer to spend the summer in the beach, Dane’s quiet little world turns upside down. Not only does Summer remind him of someone from the past he has been running away from, she also stirs in him something that has been lying dormant all these nine months.

This is a sweet and, at some points, funny romantic story complete with steamy scenes that will keep the reader hooked from beginning to end. The writing style is casual making it very easy to read. That, in addition to a cast of lovable characters including Dane, the guilt ridden male protagonist who denies his attraction to his sister’s visitor; Summer, the sweet, smart and naïve girl who resembles someone from Dane’s past; Megan, Dane’s bomb of a sister and Ben, Dane’s best friend whom Megan has her eyes on.

Short as it is, it is devoid of irrelevant details that make other books long and dragging. This is perfect for readers who prefer short, spicy reads.

Congratulations to (@toridelrey86) on such a nice book!
Posted by kimmyschemy at Tuesday, August 16, 2016