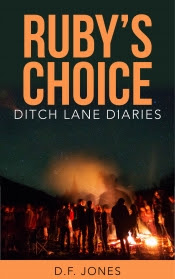 Ruby's Choice written by D.F. Jones is the first book in the Ditch Lane Diaries. It started with Ruby and her friends Anna and Sandy exploring the Campbell Ridge Cave in 1972 and finding 3 precious stones, one for each girl. The story, then, fast-forwarded to the summer of 1977 with 20-year old Ruby working in Everglade General Store and meeting two shockingly good looking guys, Reed and Brent, the former being the subject of Ruby's recent dream.

Unknown to everyone, ever since she found the amber stone in the cave, Ruby has started having strange dreams which seem to be glimpses into the future. They were usually life dreams foretelling the birth of a child or death dreams signifying death of someone she knew. Other dreams involved people she had never met before. So, to come face-to-face with the man of her dream, literally, was a shock to Ruby.

She eventually learned that Reed and Brent were in the summer baseball team managed by her older brother George. What she did not know, however, was that they have been playing a game they called Tap It! which involved wooing the same girl until she chooses one of them, with the loser having to pay the winner's bar tab for a month. Ruby soon found herself between two very attractive guys both vying for her affection, for real,

Ruby's Choice is a celebration of youth. It reminds us of how delicious young love feels. It describes how electrifying it is to be touched for the first time. It depicts young lovers' insatiable hunger for each other. However, it also portrays the pain of uncertainty and doubt.

With a touch of paranormal which reminds me of the Donovan Legacy by Nora Roberts, if the author does not mind me saying so, Ruby's Choice is one great book for romance fans.

Congratulations to D.F. Jones (@Author_DFJones) for such a wonderful book!

Posted by kimmyschemy at Wednesday, February 24, 2016 No comments: 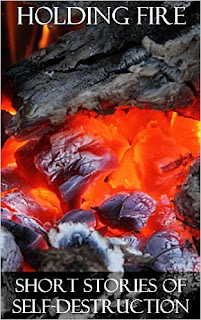 Posted by kimmyschemy at Monday, February 15, 2016 No comments: 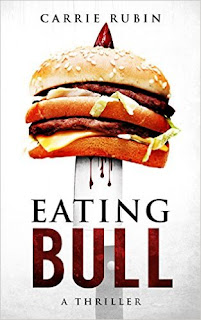 Eating Bull is a suspense thriller written by Carrie Rubin. It is a story about an obese teenager, Jeremy Barton who has been having health problems as a result of his weight.

At 15 years old, Jeremy weighs 310 pounds. His bulk made him an easy target for not only bullies at school but also his own agoraphobic grandfather and his mother's jerk of a boyfriend Rex. His weight was also the reason for his insecurities and very low self esteem. What was alarming, however, was his health problems resulting from his being overweight

Luckily, Sue Fort, a nurse from the public health weight management clinic was sincere about helping Jeremy. She, together with some others whom Jeremy called Fat Slayers, encouraged him to change his eating habits and perform a set of physical work-outs. Fed up with being constantly bullied, Jeremy was trying his best. However, bullies were not the only ones Jeremy should be wary about because out there somewhere, a serial killer was lurking targeting overweight people and next on his list was Jeremy.

At first, Eating Bull may appear to be a story about a very fat boy. However, the reader would eventually realize that the story actually featured various types of disorders including eating disorder, agoraphobia and auditory hallucination which is a manifestation of a deeper and more serious mental disorder. Moreover, this book is about family and the problems and difficulties a family has to overcome. Sue, despite her successful and rewarding career found it difficult to level with her daughter Kayla, while Connie, a single mother holding two jobs to make both ends meet, blames herself for Jeremy's unhealthful eating habits.

Needless to say, the book has a great plot in addition to interesting characters. The writing is casual thus easy-to-read making this book one amazing reading material perfect for fans of suspense and thriller or anybody who appreciates a good book with social relevance.

Congratulations to Carrie Rubin (@carrie_rubin) for such a wonderful book!

Click HERE to read the official review of Eating Bull by the Online Book Club.
Posted by kimmyschemy at Monday, February 01, 2016 1 comment: