The books feature Olivia Corcoran, a neglected and unloved girl who found a way to escape from her mean and controlling father, a wealthy businessman from St. Louis, by exchanging letters with and agreeing to marry a cowboy from Cody, Wyoming. 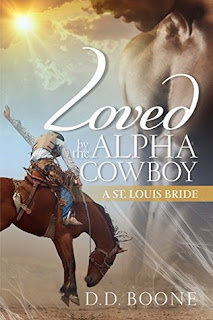 Book 1: Loved by the Alpha Cowboy
Olivia arrives at the train station and meets Jack Halstead for the first time. Jack is a handsome and hardworking cowboy who works on his own property he inherited from his father. On their way to his ranch, Olivia nearly died of hypothermia but Jack saves her from freezing to death and they get married the following day. However, their blissful, albeit whirlwind romance is marred by a problem that threatens everything Jack worked all his life for. 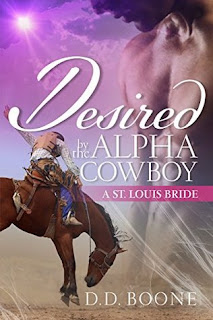 Book 2: Desired by the Alpha Cowboy
Jack falls into a state of helplessness when he finds himself unable to provide for his new and beautiful wife. That, in addition to their personal differences, tears the newlyweds apart very early in their marriage. Meanwhile, Olivia feels blessed to finally find people who show her genuine affection. 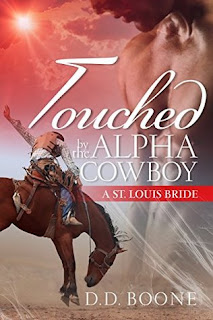 Book 3: Touched by the Alpha Cowboy
Jack resolves his problem but put himself in a precarious situation. When his health turns for the worse, he set things up to secure a future for Olivia. However, an outsider comes to Cody threatening Olivia’s newly found happiness with her new family.

I enjoyed this trilogy. It has a simple and not-too-complicated plot with delightful characters. Steaming love scenes are enjoyable to read and the ending leaves the reader that feeling one gets when satisfied with a book. My only problem with the entire series is that each part is too short that it should have been written as one long book instead of three very short ones. Still, this is a great read.