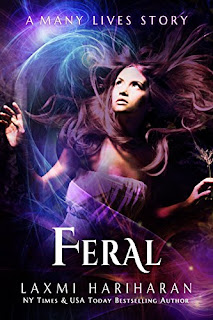 Feral is Book 1 of Many Lives Series by Laxmi Hariharan.

After the discovery of a shocking and life-changing truth about herself, Maya leaves behind her pack of wolves and hybrids, her mother, and her future mate Luke, and goes to the city of Bombay.

While working as a waitress at the Salt Water Café, Maya meets and gets drawn to Jai, the son of the mayor of Bombay and a member of the mayor’s personal army. Maya is torn. She loves Luke and her attraction to Jai makes her feel uncomfortable.

As the first book in a series, this can be a standalone. The plot is interesting enough and the writing style is engaging making the book difficult to put down. Maya’s character is quite developed and it’s easy to relate with her. The book is nicely wrapped up with a satisfying ending.

However, I want a more elaborate description of the setting. Back stories on the present condition of the city also wouldn’t hurt. Apparently, the author focuses more on Maya, and may be planning on disclosing more information on the next books in the series. As is, I can’t exactly call this a novel, but a short story of a young girl. Still, the book is an enjoyable one and I’m looking forward to reading the next book in the series,TAKEN.

Congratulations to Laxmi Hariharan (@laxmi)! For updates on the author, click HERE. 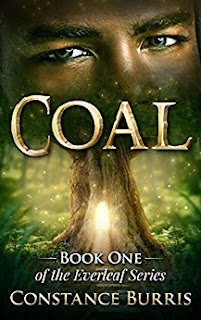 Coal is the first book in the Everleaf Series written by Constance Burris.

As the only human, living with the elves in Everleaf, in the fey realm, Coal has suffered insults and discrimination. Only his friendship with Chalcedony, princess and soon-to-be queen of Everleaf, protects him from worse treatment.

When the princess brings home another human, Coal feels the need to protect the child. So, when the child puts her life in danger by accidentally breaking an elven law, Coal knows he has to take action to save the child. However, his action may betray the queenling and hurt her budding credibility and power over her subjects.

This is a fast-paced, exciting, suspenseful and adventurous book written in casual and conversational tone. It is a story about love, friendship, betrayal and even obsession. I find the plot unpredictable with slight twists and turns making the book even more exciting. There are plenty of action scenes including fighting, chasing and magic-wielding like transforming and phasing.

However, though the characters are all interesting, I didn’t find anyone to my liking. Coal is too naïve and couldn’t seem to make up his mind. Chalcedony is too whimsical and uses her power to do what she wants without consideration for others. Elizabeth is a brat. Haline is smart and brave but too ruthless and unforgiving while Queen Isis and Royden are suspiciously nice.

The ending is brilliant. I think it’s perfect for a first book in a series. There is a kind of resolution for closure and a new conflict for the next book. Needless to say, I enjoy this book despite my issues with the characters, and I recommend it to those who appreciate stories about elves, sprites, dwarves, giants, dragons, spriggins and spidrens.

Congratulations to Constance Burris (@constanceburris) on such a great book.  For more books by the author, click HERE.
Posted by kimmyschemy06 at Tuesday, December 20, 2016 1 comment: Links to this post 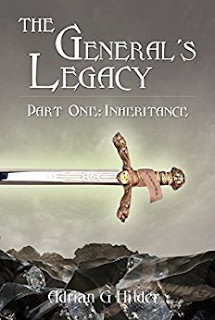 Prince Cory has always looked up to his grandfather, the legendary general and king-consort of the kingdom of Valendo, Garon Allus Artifex-Dendra who, not only regales him with stories of war but also trains him in the art of warfare to be the next general of the Army of Valendo

Shortly after the revered general died, the kingdom was attacked. Despite his rigorous training under his grandfather, Prince Cory was unprepared for and felt inadequate against a dead battle mage and his skeleton army. With his grandfather’s last letter and the old general’s sword in his hand, Prince Cory has to do everything he can and use everything he has to face what was out there and end the war.

This is an exciting story of war and magic with a little bit of romance. The book started with action-packed scenes complete with brave warriors, powerful mages and hideous monsters. Settings were vividly described and dialogues were casually worded making the book easy to read. The romance part was sweet and a good addition to the already charming story.

The author created endearing characters. General Garon was an admirable man, a brilliant leader and a good friend; the Archmage was brave and powerful; while the Silver Warrior was a great and dashing soldier. Prince Pragius was trying to be the responsible heir to the throne by turning his back on what he really was, Prince Sebastian just wanted to pursue his passion while Prince Cory was the young soldier who wanted to follow his heart’s desire but was faced with an adversity much sooner than he expected.

However, the pacing of the story was, somehow, inconsistent. The book began in a fast pace, then slowed down and even dragged at the first few chapters then picked up again. Moreover, there was a character that was simply dropped. Given his ample back story, I expected him to play an important role in the book.

Needless to say I enjoyed reading this book despite the pacing and I recommend it to readers who appreciate stories about war and magic.

Congratulations to Adrian G. Hilder (@AdrianGHilder) on such a great book. you may visit Adrian G Hilder for updates on the author’s works.

Posted by kimmyschemy06 at Wednesday, December 14, 2016 No comments: Links to this post 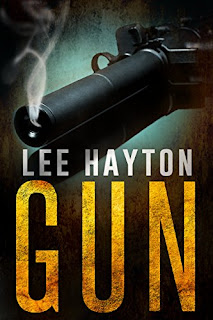 Gun is the first book in Gun Apocalypse Series written by Lee Hayton.

When a neurological virus sends affected people to indiscriminate shooting, it turns them into mass murderers leaving dead bodies in various places like the coffee shop, the mall, the school and even ordinary streets. The city is in chaos and help is, apparently, not coming any time soon.

Annie, Frankie, Becca and Robert are thrown together to fend for themselves in the midst of a dangerous city. Annie fears for her son whom she last sees buckled in the car seat with his father shooting at random people while driving away. Robert sees two teenage girls running from a gunman and Frankie and Becca barely escape the carnage perpetuated by a deranged shooter.

This is a fast-paced, exciting and suspenseful book from start to finish. As soon as the action begins, the suspense doesn’t stop until the last page. The readers are kept hooked by very gradual disclosure of information while giving ample and vivid descriptions of the gruesome situation.

The story is, generally, written in a casual tone and is a fast read. What I like most, however, is the sense of resolve at the end of the book which is usually absent in other book series nowadays. As a mother, I, naturally, relate with Annie though my favorite character is Robert.

I particularly like how the author empowers women in this book. They shoot, they fight, they die while fighting, and most importantly they help each other out. Moreover, I like that the characters do what needs to be done. I find that very practical.

All in all, I like this book and I enjoy reading every page.

Congratulations to Lee Hayton (@kathay1973) on such a great book. Visit Katherine Hayton for more books by the same author.
Posted by kimmyschemy06 at Wednesday, December 07, 2016 No comments: Links to this post 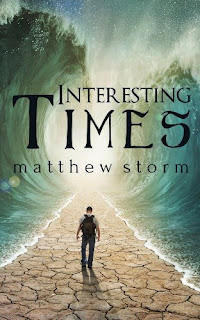 Interesting Times is the first book in the series of the same title written by Matthew Storm.

Oliver Jones is a financial analyst living an extremely boring life. Living alone and making do with microwave dinners, he is perfectly aware of how unexciting his life is. He intends to enroll in a cooking class but never gets around to actually doing it.

His life takes a completely different turn when a stray cat he recently adopts suddenly talks to him. Now he is on the run, with a werewolf who favors Hawaiian shirts and a grumpy girl who, he believes, will shoot him for any reason.

Somebody wants him dead and he doesn’t know why. Neither does the leader of the group who assumes the responsibility of keeping Oliver safe, Artemis, a little girl who is apparently older than any of them.

This is a fast-paced, action-filled, adorably funny and highly entertaining book. Worded casually and told in an almost jovial tone, this is a real page turner. The author tells the story very animatedly that reading feels like actually watching a movie. I can almost picture Jesse Eisenberg playing Oliver Jones.

Admittedly, the plot seems shallow and trivial compared with other science fiction books, but it doesn’t make it less entertaining and enjoyable. I find the characters fascinating. My favorite characters include Oliver, Tyler and the talking cat. Oliver, with his cluelessness, is just like any other guy you meet on the street; Tyler, with his baking talent, is kind and dependable while the talking cat, with his sarcasm, is simply adorable. Needless to say I enjoyed this book a lot.

Congratulations Matthew Storm (@mjstorm) on such an amazing book! 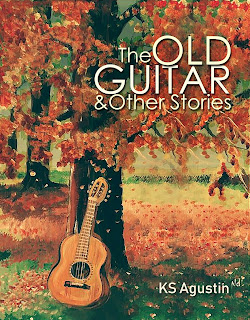